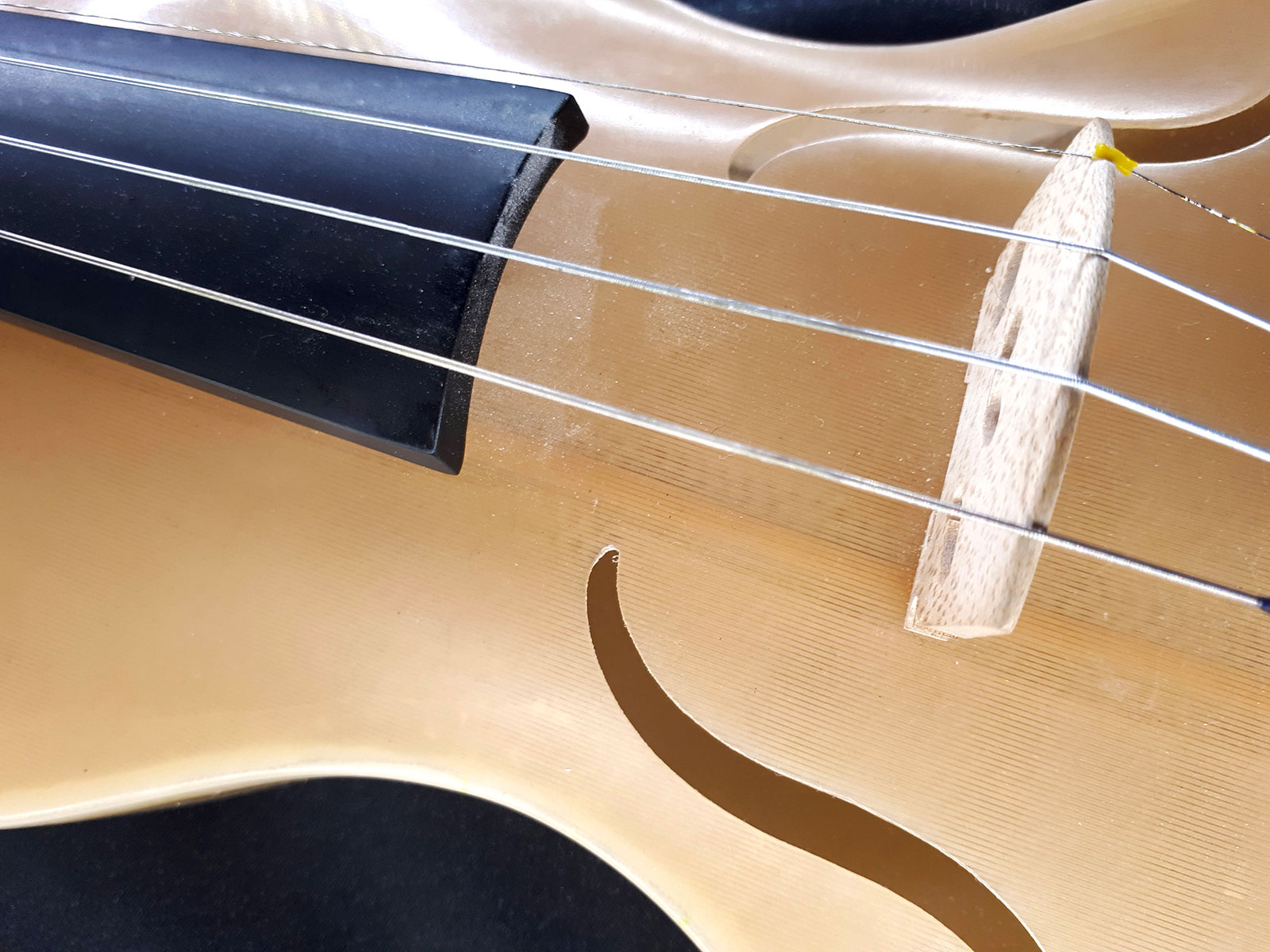 15 Nov On the notes of silk

Posted at 03:19h in Art, Curiosity by admin 0 Comments

My poems have a silky sound,
like the rustling of your dress
on the stairs

Silk is like music.
Not just for the soft and romantic rustling we can appreciate when we wear silk-made dresses, but also because silk is used to produce the strings we see on many music instruments.

From the Far East, silk-made strings

Strings made of gut, especially when it comes from sheep, are amongst the most ancient ones, already known to Ancient Egyptians, Greeks and in the Roman Empire; but in the Far East, in the past, also silk yarns were used and twisted to allow the production of melodies with stringed instruments. In China, musical instruments are still nowadays divided among 8 categories: bamboo, wool, stone, metal, clay, pumpkin, leather and silk.

In the Western musical panorama, steel and silk strings are known as “composed” ones: two materials that, when put together, grant greater flexibility and lower tension, and they permit to produce, with an acoustic guitar, soft and “silky” sounds.

Silk and Steel strings produced by D’Addario – one of the most important musical strings producers in the world – combine a silver-plated copper covering of its strings with silk as to ease fingers movements: this soft touch and sound are particularly indicated for folk musicians and for beginners, since these strings are much more delicate than those made of steel.

Apart from guitars, violins as well have A, D and G strings made of an artificial or gut core, enveloped in silk and covered outside with a thin metal strip. 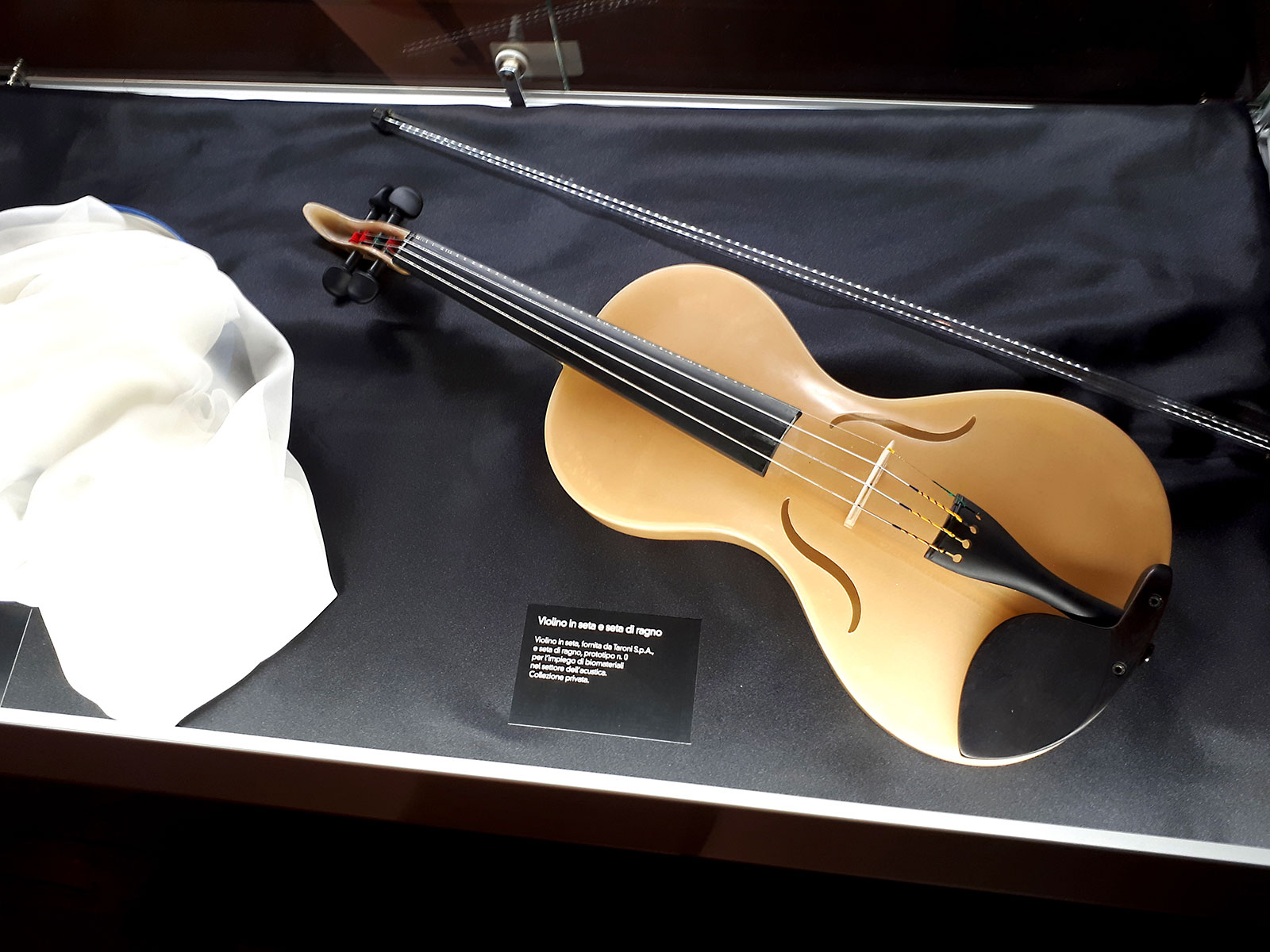 From an Italian designer, instruments made of (spiders’) silk

Apart from traditional silk, obtained from sericulture, this word also refers to other fibers, like those produced by spiders. This kind of silk is highly resistant and performing, with excellent properties.

The testing of this sort of silk in the music field has made Italian designer Luca Alessandrini the winner of the International Student Innovation Award 2016 prize, since he realized a violin made with spiders’ silk; not only the strings, but the whole instrument. In recent years, he has kept researching and testing, producing guitars made with the same kind of fiber.

A specific section of Racconigi’s Silk Museum – in the province of Cuneo, in the North-West of Italy – has been dedicated to Alessandrini’s innovation; this Museum is and has been a crucial and historical silk production center that is still telling its story nowadays. Its history has always been music to our ears, and we hope it will be so for yours as well. 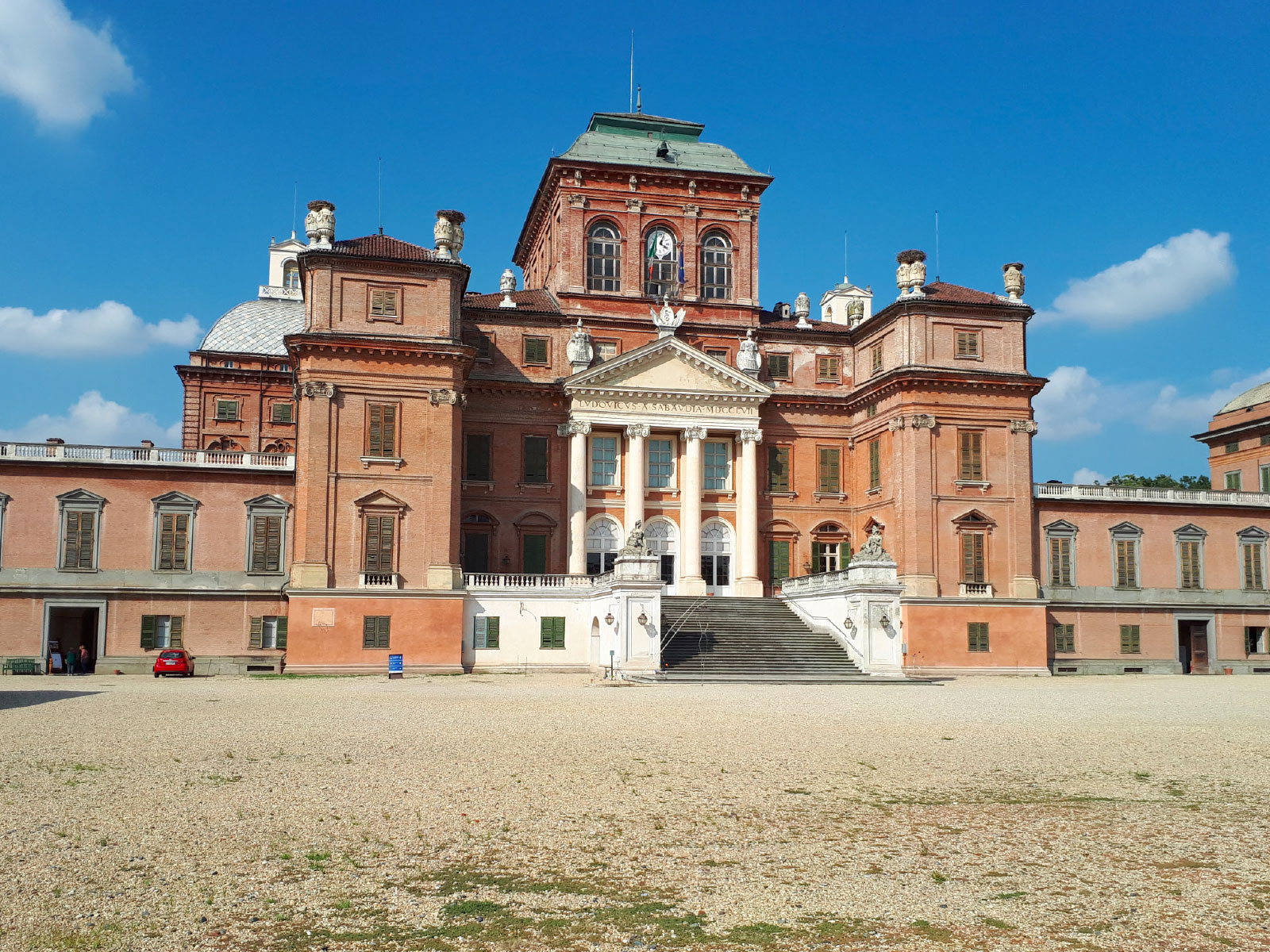