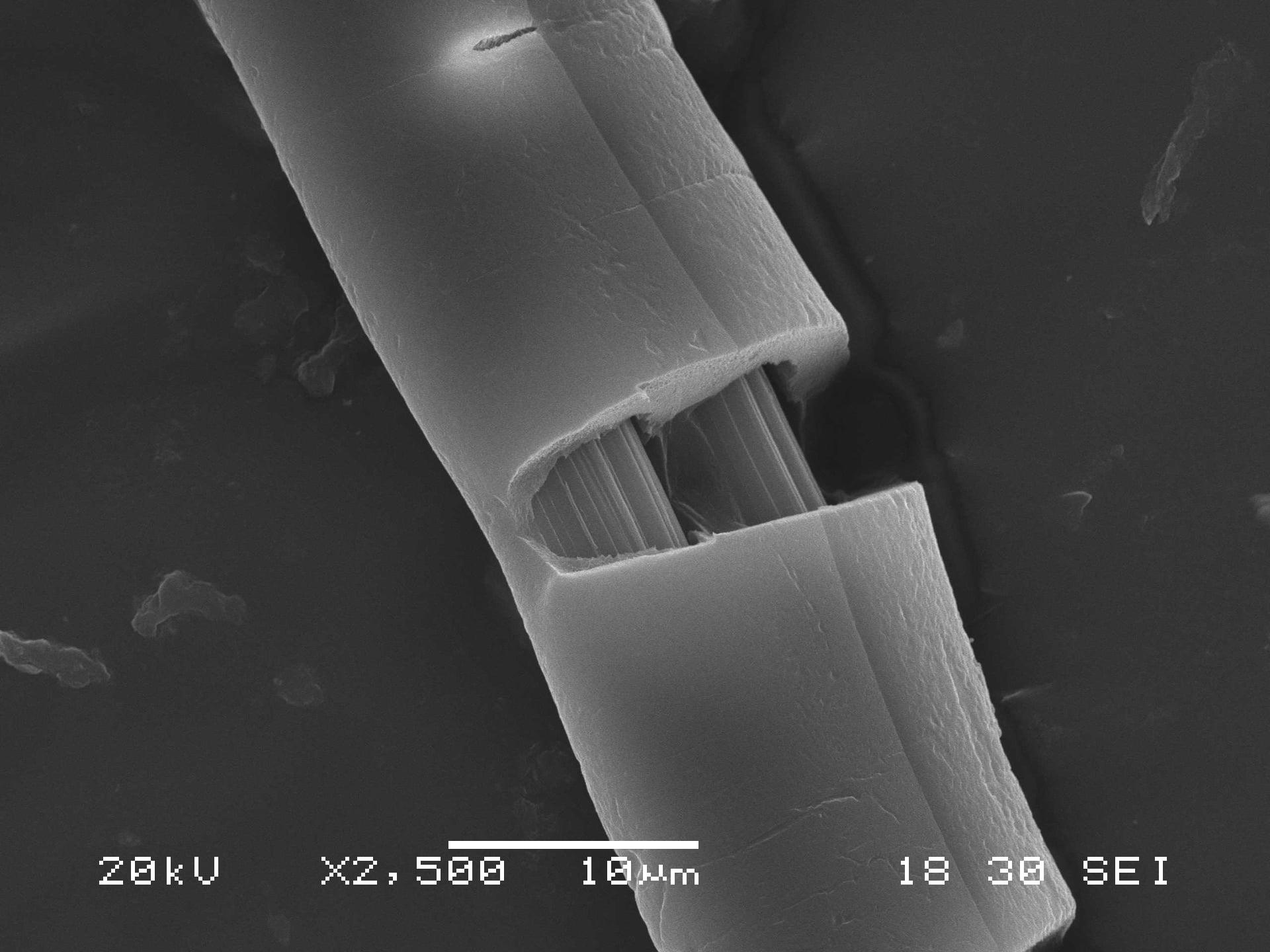 Posted at 10:00h in Voice To Experts by admin 0 Comments

Silk yarns derive from this peculiar structure (see picture); as for us to understand what silk actually is, we need to start from here. The picture has been realized thanks to an electronic microscope, which highlights the structure of a natural silk filament as it is made by silkworms. The yarn has been brought to its maximum hydration, while the fractures have been caused by an ultrasound probe. Many attempts have been necessary as to get to this result.

Natural silk is made up of two proteins: fibroin builds up the two inner filaments, while sericin keeps them united. Both proteins are produced by two glands as a thick substance, but as soon as the worm pushes them out they split, forming this sort of double-component cavity. This process has been object of studies and researches for over a century, but nowadays we got to understand the mechanism that generates this particular and incredible natural polymer.

Its properties are countless and never stop surprising us. In collective imagination, silk is associated to fabrics, but silkworms never actually thought about ties. Today, silk is mainly produced for the textile sector, but its future applications include, among others, cosmetics, biomedicine and many others. A question remains unanswered: why do silkworms complicate their existence in producing such a complicated structure, with two filaments, an external cover and two proteins which, chemically speaking, are one opposed to the other?